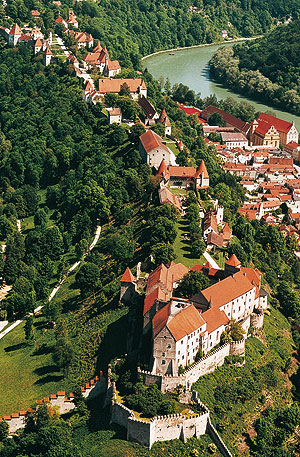 The early history of the castle: The Grafenburg

The narrow ridge was already settled in prehistoric times. From 1027 until around 1164 it was administered as imperial property by the Counts of Burghausen, who built the first stone complex with a ring wall and a church on the southern tip of the ridge. The remains of this construction from the 11th and early 12th centuries have recently been excavated and can be seen in the visitors‘ centre of the Bavarian Palace Administration in the Knights’ Hall of the main castle.

After a short period under the Welf duke Heinrich der Löwe (Heinrich the Lion), the castle fell in 1180 to the Wittelsbachs, who maintained a toll building at the foot of the southern end of the ridge. Duke Otto II, der Erlauchte, (Otto the Illustrious) granted the important toll and market centre of Burghausen town status in 1235.

The founding of the Wittelsbach castle

After the first partition of Bavaria in 1255, the founder of the Lower Bavarian line of the Wittelsbachs Duke Heinrich XIII (reigned 1255-90), who lived in Trausnitz Castle in Landshut, enlarged Burghausen Castle to use as a second residence. 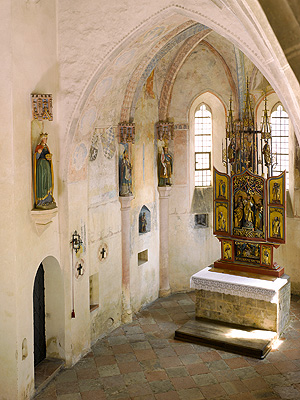 During his reign, the main castle’s imposing residential buildings were constructed on the southern tip of the ridge where it reached its highest point: the Palas or Princes‘ Building with the ducal apartments, the Knights’ Hall for the court with two halls one above the other and opposite this the Bower, which was initially a separate building, for the ladies of the court.

Heinrich XIII also had the Castle Chapel built adjoining the Palas, and dedicated it to St Elisabeth von Thüringen, the aunt of his wife Elisabeth of Hungary.

The entire ridge was gradually fortified during the 14th century. At the beginning of this century there were already walls on the southern end of the ridge and at the beginning of the third courtyard protecting the castle and the town. A document dating from 1387 records the full expansion of the complex to the northern end of the ridge, giving it a length of over a kilometre.

Expansion under the Rich Dukes of Bavaria-Landshut 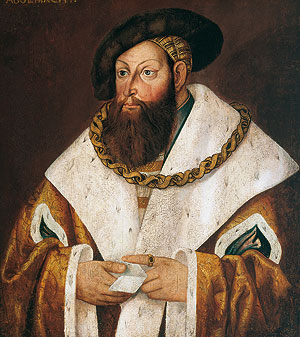 The castle’s further enlargement to its present form was undertaken in the course of the 15th century by three generations of Wittelsbachs – the Rich Dukes of Bavaria-Landshut Heinrich XVI, Ludwig IX and Georg. Under Heinrich, the Knights’ Hall was rebuilt in around 1430/40 in the Gothic style to accommodate a large court. He also had two monumental service buildings constructed in the preceding courtyards, the arsenal and the Haberkasten or stables and oats barn (today the Theatre Academy). In around the middle of the 14th century, possibly already under Ludwig der Reiche (Ludwig the Rich), the Bower tract was extended and connected to the Palas.

The ruler who is primarily associated with the development of Burghausen Castle is however Duke Georg der Reiche of Bavaria-Landshut (reigned 1479-1503), who after the famous Landshut Princes’ Wedding in 1475, when he married Hedwig of Poland, resided in Burghausen as Crown Prince and was responsible for its expansion when he became Duke of Landshut. The Palas and Bower were altered and expanded to enlarge the family seat for the permanent court of his wife.

He also created important architectural features with new buildings such as the outer Castle Chapel of St Maria, the so-called Hedwig Chapel in the fourth courtyard, a late Gothic masterpiece influenced by Salzburg architecture, and the monumental gate, the Georgstor, with the Bavarian-Polish alliance coat-of-arms at the entrance to the first courtyard. 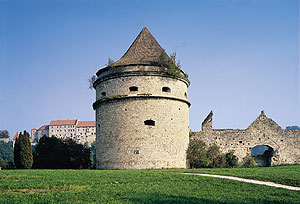 With the expansion of the ring of fortifications with its five courtyards and the strengthening of the outer defence system on the Eggenberg, the strongest fortress in the country was created on the long ridge above the town, a massive stronghold which provided safety for the family and the treasures of the duke.

With the unification of the two duchies of Upper and Lower Bavaria following the Landshut War of Succession in 1504/05, Burghausen Castle lost its political significance as a second Wittelsbach residence.