The special significance of Burghausen Castle derives from its historical importance as a sovereign castle belonging to the Bavarian Wittelsbachs and its architectural standing as one of the most magnificent examples of late medieval fortifications. The massive stronghold was the most effective fortress in the country and embodied the power and representative ambitions of the Bavarian dukes. 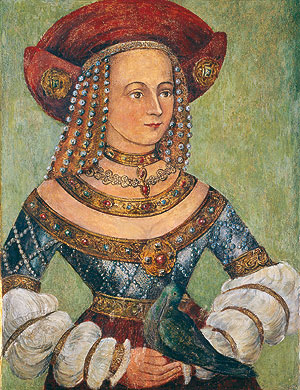 From 1255 to 1503 the castle was the second residence of the Lower Bavarian dukes, whose seat was in Landshut. As a safe family residence it served many different functions during this period: it was a court for the duchesses and the home of their children, and it was the residential seat of the ducal heir and his wife and of widows from the ruling family. It was also in this well-fortified complex that the Rich Dukes of Bavaria-Landshut kept their gold and silver.

The best-known resident was the wife of Duke Georg der Reiche (Georg the Rich), the Polish princess Hedwig, whose marriage to the Bavarian duke is reenacted with a famous medieval pageant held every four years, the Landshut Wedding.

Burghausen Castle, which has a length of over 1,000 metres, is one of the longest castle complexes in the world. With its still almost intact ring walls, it runs high above the town of Burghausen along a narrow ridge between the Salzach River and an oxbow lake, the Wöhrsee. The complex is divided into five large courtyards, which were originally all protected by moats, portcullises and drawbridges. With their fortified walls, gates and towers and the service and residential buildings for court officials and craftsmen, they set the scene for the massive main castle grouped around an inner courtyard which crowns its southern tip.

Main castle with keep and protective wall, view from the first courtyard